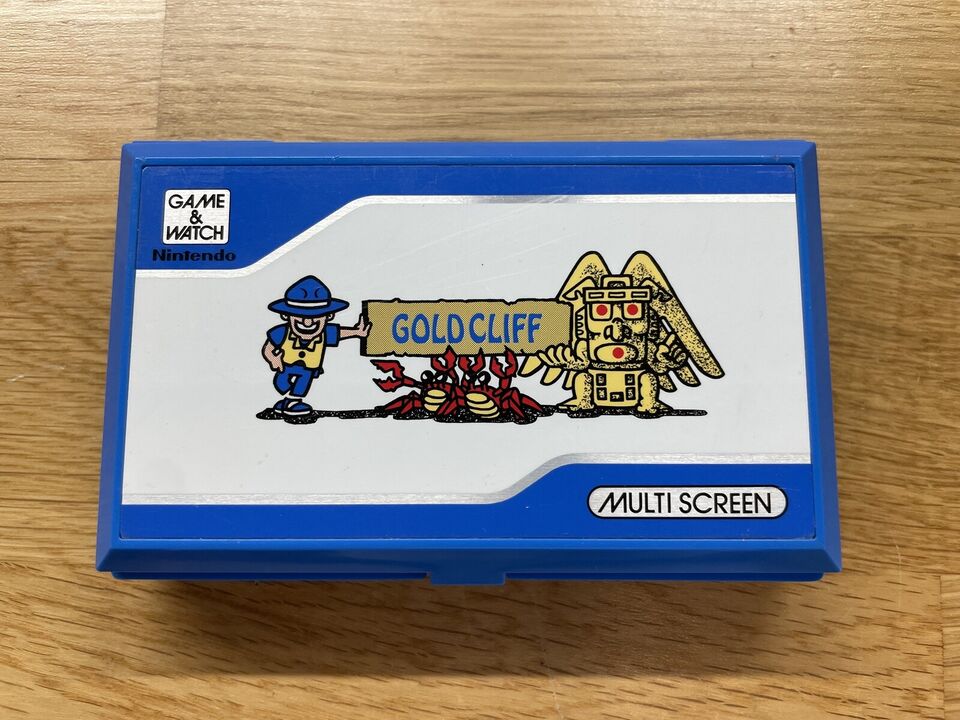 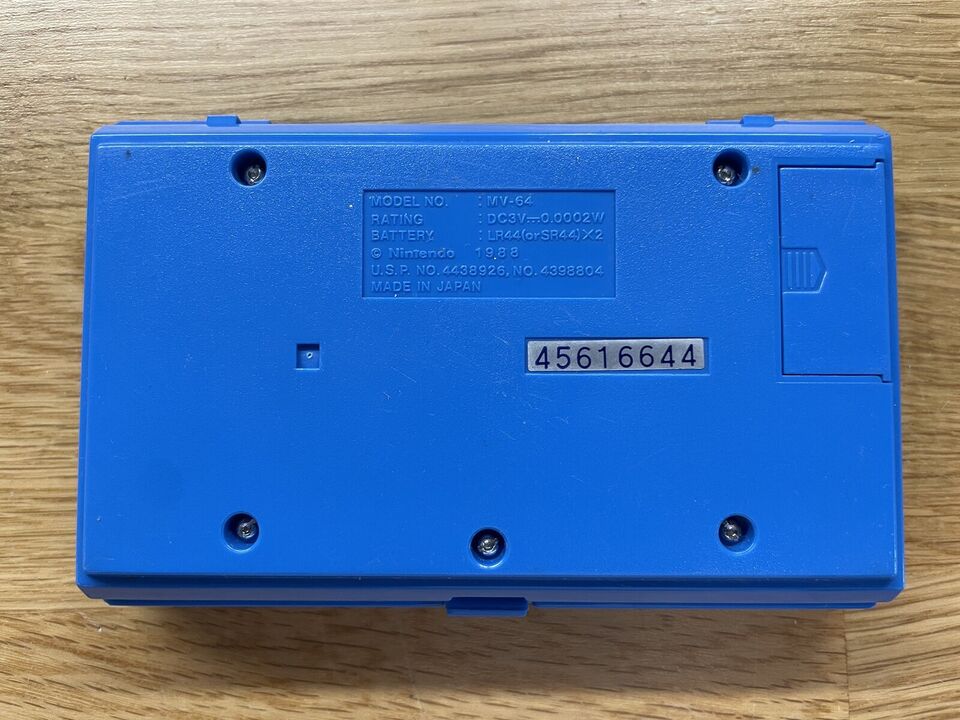 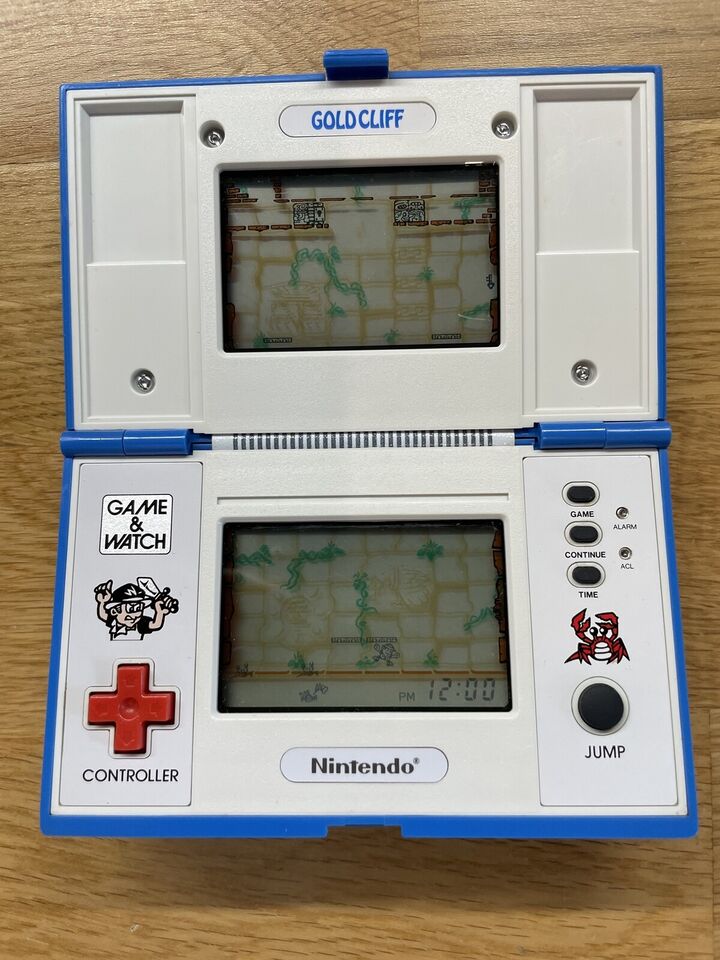 Gold Cliff was released in the Multi Screen series on October 19, 1988. It is a dual-screen single-player game. It has a light blue clamshell case with colorful printed metal plate on the cover.

The player controls an Indiana Jones type archaeologist character who is on a mission to acquire treasure. Stone platforms appear and disappear in a pattern, and the player must jump across them to reach a key at the top of the screen and gain entry to the temple. Action speeds as the game continues. It was one of only two Game & Watch games that included a "continue" feature, which allowed a player to continue the game, with a loss of points, from the last place where they were killed.