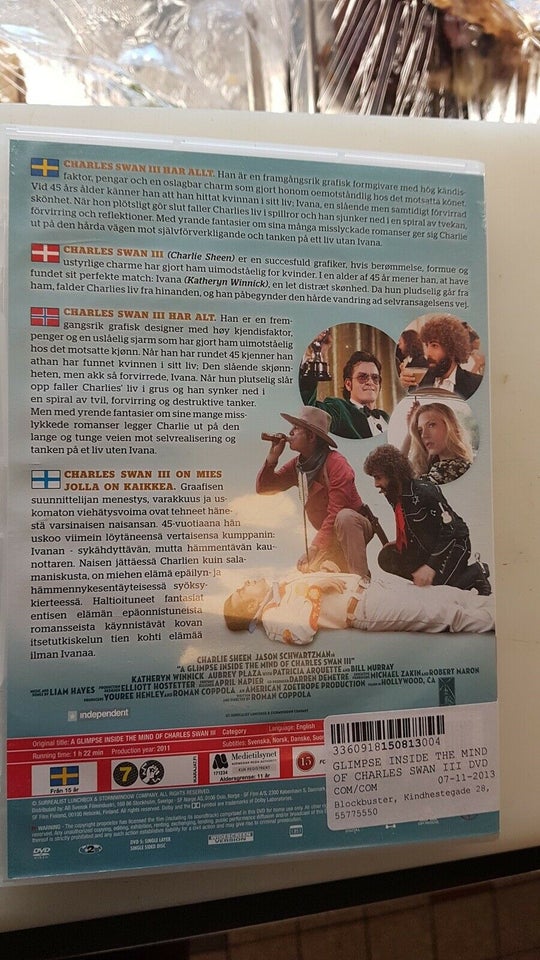 Pr. 16.11.2021 er der 4 stk. tilbage
It's hard to tell whether "A Glimpse Inside the Mind of Charles Swan III" is a good-natured bit of self-parody on the part of Charlie Sheen, poking fun at his reputation as a compulsive womanizer, or a vanity project designed to showcase the actor's now-legendary sexual prowess and playboy image. I suspect it's the former, but even if it's the latter, it still doesn't make for a very entertaining movie.

In plot, the movie feels an awful lot like a full-length version of "Californication," as a middle-aged, sunglass-wearing Angeleno laments how he's screwed up with the love of his life (Ivana played by Ketheryn Winnick) because he's never grown up enough to stay committed to a monogamous relationship.

Writer/director Roman Coppola's eclectic, scattershot approach alternates between scenes set in reality - or a close proximity thereof - and wild, but surprisingly flatfooted fantasy sequences heavy on op and pop visuals and graphics (Charlie is himself a successful graphics designer) and light on originality and cleverness. Apparently, there's not really all that much worth taking a glimpse of in ole Charlie's mind after all. Indeed, despite a big name cast that includes Bill Murray, Jason Schwartzman and Patricia Arquette, the movie feels an awful lot like a third-rate film school project that somehow got green-lighted by an actual studio. 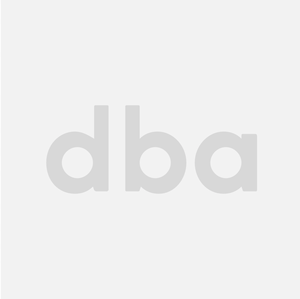